If you want an energetic, hardworking puppy that can keep up with your active lifestyle, a Jack Russell terrier might just be the breed for you. Bred for hunting, these puppies love large, fenced-in yards, or spacious dog parks in the city, where they can spend hours hunting and playing. They do best with owners ready and willing to play fetch and take them on long walks.

An affectionate nature makes Jack Russell Terrier puppy an excellent companion, and their keen intelligence makes them simple to train. If you’re seeking Jack Russell terrier puppies for sale or just want to know more about the breed, read on to discover if these compact hunting dogs are right for you and your family.

First bred in the mid-1800s by the Rev. John Russell — aka the Sporting Parson — Jack Russell terriers were originally fox-hunting dogs due to their swift yet tough genetics. They share a common ancestry with Parson Russell terrier, though the breeds diverge widely now that both have over 200 years of history under their belts.

Originally recognized only by the Jack Russell Terrier Club of America, this working dog only recently received recognition by the American Kennel Club. Many lovers of this small, friendly canine breed feel the AKC recognition harmed the breed due to relaxed standards, so controversy ranges even now. 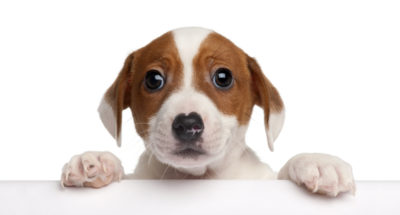 Both male and female Jack Russell terriers weigh in at between 13 and 17 pounds. Males typically attain heights of 14 inches, while females generally grow to 13 inches tall. Though Jack Russells have compact, muscular bodies, they tend to gain weight when they don’t get enough exercise, so it’s important to spend time walking and playing with these puppies.

Lifespans for Jack Russells usually run between 13 and 15 years, and most are very healthy canines, though some genetic issues exist. These potential challenges include eye problems such as glaucoma and cataracts and congenital deafness. Additionally, some experience patellar luxation — dislocated knees — a condition that doesn’t affect most adult Jacks but requires corrective surgery in others, especially with age.

Jack Russell terriers are very energetic, and as such, they typically require about 40 minutes of exercise per day. They have a tendency to dig, so you need to watch them closely if you leave them unattended in fenced-in backyards so they don’t escape.

As for their coats, they generally boast white, cream, light brown, dark brown and even black coloration. The texture ranges from rough and scruffy to smooth and soft, but no matter the texture, these pooches only require brushing once or twice a week to ward off shedding. 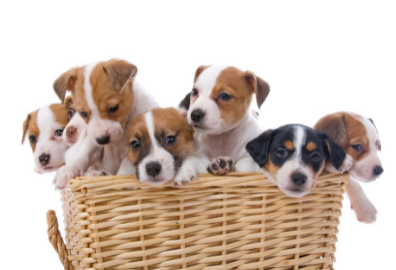 Lively and active puppies, Jack Russell Terriers have lots of energy to burn. This makes the breed a great choice for those with lifestyles that include hiking or hunting but a not-so-great choice for those who live in smaller spaces unless you are willing to feed their natural instincts with plenty of exercises.

Their working nature, however, helps these tenacious little hunters get along well with other hunting dogs, though they may be playful with some smaller breeds.

Additionally, Jack Russell terriers are very vocal puppies, so let the neighbors know with apartment living! They do make excellent watchdogs and love their parents. They are naturally assertive and very intelligent.  Jack Russell puppies sometimes playfully bite or nip when harrassed, so with toddlers or small children, keep a keen eye.

Call 813-444-4365 if you want to learn more about adoptable puppies in our care. We also have Jack Russell puppies for sale in the greater bay area, including Tampa, Pinellas Park, St. Petersburg, Bradenton, Sarasota and Wesley Chapel. 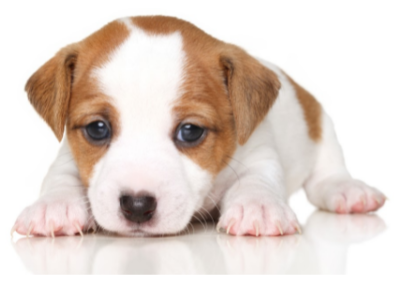 They answered all my questions and was overall a positive experience.

Simple and easy process. They answered all my questions and was overall a positive experience. Love my new puppy!